According to a report from The Washington Post, the online news and social networking service Twitter has banned more than 70 million fake and questionable accounts since May this year. The trend continued in June and carried on to July, with no indication of slowing down or stopping.

So, what’s the deal? Why did Twitter suddenly decide to ban 70+ million users? Doesn’t this seem like they are shooting themselves in the foot? 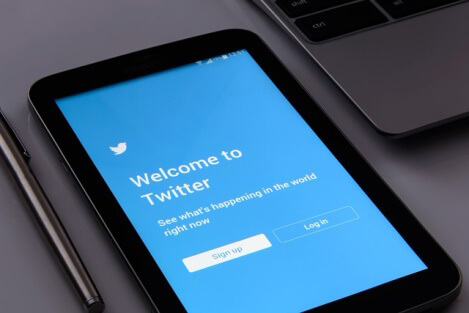 Well, truth be told, most of those accounts did not actually belong to individuals, but were fake accounts and bots that some used to inflate their own follower count and position themselves as “influencers”. A lot of those accounts were bought, a practice Twitter nominally never allowed (“nominally” being the key word here), but never really did anything to curb the trend. Apparently, the allure of being able to show the investors that 336 million people are actively using the platform was hard to resist.

Twitter has had this problem for a while now; it just chose to ignore it. What was once a social network Mecca for free speech, became a playground for trolls, SJWs, racists and other Internet low-lives. Many users left the microblogging platform for that very reason, but it took pressure from the US Congress for Twitter to finally act on this.

Namely, it was assumed that the Russian government managed over 50 thousand fake and automated accounts in the upcoming 2016 US presidential election, helping the votes steer in favor of Trump and not Clinton.

According to several people working for the company, the Congress pushed Twitter to take a closer look at this problem. Twitter did so by launching an internal task force assigned specifically to look into the accounts connected with the Russian troll factory, the Internet Research Agency (IRA).

In addition to creating its own fake and automated accounts, the IRA had also purchased hundreds of already existing bots off the black market, as they had a better chance of passing Twitter’s spam filters.

Being on Twitter, like on every other social network, is mainly about the popularity. Much like in an average high school, the more followers you have, the more popular you are and the more weight your words (or tweets) will carry.

According to Jeff Bullas, there are three reasons why people buy Twitter followers:

It’s quite easy to buy followers. On Fiverr, for instance, the going rate for 1,000 followers is $5 (as is everything else on that platform). You just sign up for it, send your Twitter link and a few days later, you miraculously have 1,000 more followers.

Del Harvey, Twitter vice president for trust and safety said this about this practice:

“We don’t want to incentivize the purchase of followers and fake accounts to artificially inflate follower counts, because it’s not an accurate measure of someone’s influence on the platform or influence in the world. We think it’s a really important and meaningful metric, and we want people to have confidence that these are engaged users that are following other accounts.”

How Do the Investors Look on This?

The monthly active user count is, of course, the most important metric Wall Street investors look at in social media companies. Twitter has had a user decline problem for a while now, even reporting a 0% user growth in Q2 2017 – not the best figure to show to the investors.

Still, Twitter was reluctant to really make a move against fake accounts, as the company officials feared this might negatively impact its stock price.

At the last earnings call in April, Twitter’s Chief Financial Officer Ned Segal told the investors that removing bots and spam would lead to a decline in the number of users the company reports.

According to NBC News, Segal said:

“We're always going to do the right thing to make sure that the service is great for those that should be on it and that's going to be removing spam and suspicious accounts whenever we can and we continue to improve at that.”

Indeed, the move caused Twitter’s stock price to drop 8.5% in the wake of this report, but the company has rebounded since then and this is more and more proving to be a smart move by the company.

After all, what really drives the company’s stock isn’t the actual number of users, but whether those users respond to the ads they see in their feed – something bots can’t do.

The investors, on their part, have been calling out the company for being too lenient with fake news, trolls, bots and spammers. It seems they finally got their wish granted.

Twitter’s uniqueness is what always separated it from Facebook and similar networks and what has drawn an admittedly smaller, but very loyal niche audience to it. Unfortunately, it didn’t take very long for some to find a way to abuse it one way or another.

Today, it’s almost impossible to get your tweet noticed as it quickly gets pushed down and muffled by someone using an automated system to send out hundreds or more tweets every minute.

Hopefully, this is only the beginning of the end for bots, spam and trolls on Twitter although I imagine they will find another way to abuse the platform and make it unbearable to anyone who wants to use Twitter the way it was made to be.

What do you think about Twitter banning over 70 million user accounts in May and June? Was this the right move by the company and does it restore your fate in it? Let us know what you think in the comments below the post.