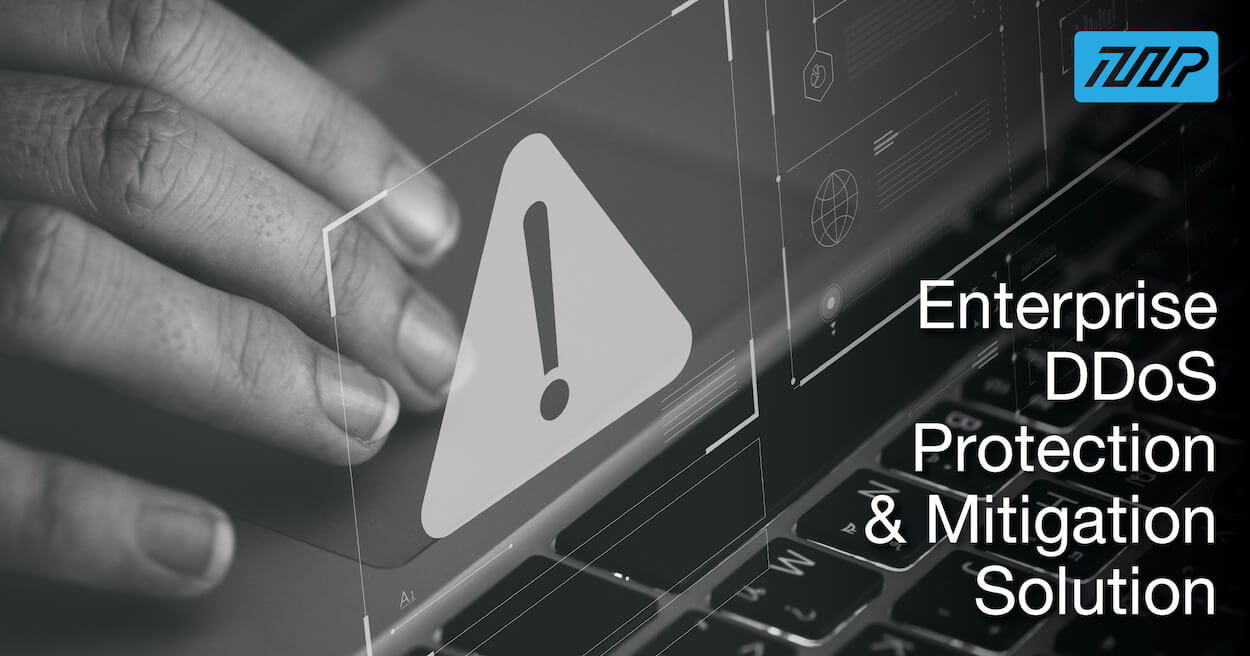 A Distributed Denial of Service (DDoS) attack is a non-intrusive internet-based attack that is targeted on a website to slow it down. This is executed by hijacking and infecting vulnerable computers and IoT devices, such as security cameras, digital video recorders, smart TVs, etc. with malware and then weaponizing them for use in widespread attacks on various websites. As the adoption of IoT devices increases, the risks grow higher. In fact, the number of cyberattacks on IoT devices increased by 300% in 2019!

DDoS attacks leverage those infected devices (also known as bots) by generating false traffic to the network or server. This attack blocks legitimate users from reaching an organization's web page. Fake traffic surges test the bandwidth of an application or website server. DDoS attacks happen as threat requests on a server's vulnerable endpoint.

In mild cases, the effect of a DDoS attack would slow down traffic on a website, causing slow responses to prompt actions. And in extreme cases, it shuts down the website entirely, making access difficult for genuine users and causing an organization to lose a large amount of revenue. Needless to say that this is problematic for any business, isn't it?

While trying to know the effect of DDoS attacks, some wonder if users' information can be extracted during the event. Well, as mentioned earlier, the attack is non-intrusive; so, it means that no internal information or data can be accessed. However, for those who may not know (and even those who do), the attackers can use the DDoS hack to blackmail and extort host websites/organizations. To prevent these expensive outcomes, the Security Operation Center of any organization must do well to learn the tactics that would keep them above DDoS attacks.

Volumetric Attacks are overwhelming, as a machine's network bandwidth is flooded with false requests on the open ports of a device or server. The large influx of data would keep the machine busy to check for malicious requests, thereby being unable to process legitimate traffic requests.

Application-Layer Attacks target the topmost layer of the Open System Interconnection (OSI) model. These attacks are primarily on direct web traffic, with HTTP, HTTPS, SMTP, and even DNS being the attraction levels.

Protocol-based Attacks are directed to vulnerable ports in layers 3 and 4 protocol stacks. These attacks take their toll on a network’s hardware including server resources, thus disrupting service. To put it simply, more packets are sent to exploit a network's stack, stretching the network's bandwidth more than the ports can handle. There is the Ping of Death and the SYN flood attacks.

How to Prevent DDoS attacks

Before we learn effective ways to overcome DDoS attacks, let’s first see what red flags should alert security professionals for a possibility of an on-going attack. The common and noticeable signs include:

Without an early threat detection and profiling strategy, fighting against DDoS may be difficult. Here are things security experts should proactively do:

Explore and audit your DNS configurations for any vulnerability that can be exploited and enable attackers to infiltrate into your networks. Misconfigurations or unauthorized alterations in your DNS protocol are some of the weak points that can be easily abused. Analyzing and regularly checking on the integrity of your entire domain’s infrastructure like web servers, mail servers and name servers is absolutely crucial to assess risks and proactively identify possible attack vectors.

It is crucial for organizations to spread their servers across multiple data centers to avoid presenting a single rich target to an attacker. In case of an attack on one server, the traffic can be handled by others. In addition, organizations can further widen their resources by ensuring that the data centers are located in different places geographically, have different networks and paths that will prove more difficult for attackers to target.

The WAF protection sieves the kind of traffic that a website receives. There are specially designed solutions that automate DDoS defense mechanisms. One way to enhance these firewalls is by integrating feeds of domain risk evaluations to provide security experts with real-time intel on threat activities. In cases of domains and IP addresses flagged dangerous, further investigation can be performed with the various threat points that are underscored in the analysis, and malicious entities can be blocked from accessing your network. By creating tighter control, based on domain intel evaluated against multiple parameters and sources, you can prevent intrusions right in the beginning.

The monitoring of traffic on your website is important. When any anomalies are noticed, quick actions should be taken to mitigate traffic rates. For instance, a dramatic increase in traffic should trigger an alarm. It will be good to set threshold traffic requests and utilize monitoring tools to that effect. Also, checking activity logs is equally helpful. When the web traffic logs show that domains with high-risk scores are accessing a company’s website, that should raise a red flag. Quality domain intelligence can provide quick insights and help identify owners of malicious domains/IP addresses. Security experts should also find other domains hosted on the same malicious IP and analyze them immediately or in case of lack of resources block them to protect against foreseeable threats. Also, these connected domains should be checked across various reputed malware databases quickly and if they are tagged suspicious then they should be rejected too. In this way, by finding ties and proactively thwarting them, the attack is less likely to push through.

A report showed that most DDoS attacks come from China, followed by the U.S., and then Hong Kong. Country-based IP blocking is a precautionary action to minimize DDoS risks. Though not an ideal situation, as it could affect your customer base as well. However, in case of an on-going attack, finding the exact region where most traffic is directed from and blocking them may help to mitigate the attack. Ideally, a more sophisticated proactive DDoS defense approach should be taken by creating blacklists based on intel gained by combining various data points like IP locations, malware databases and credibility scores.

Pre-programmed secure perimeter should be set around cloud infrastructure to allow/drop packets with pre-programmed rules.

An organization can get a third-party vendor to analyze inbound traffic and eliminate potential threats as soon as possible. Scrubbed traffics are discarded and the clean ones are allowed to reach the target network.

With a comprehensive security assessment, a DDoS prevention plan should be drawn up before an attack. It is the surest way to ensure quick response when an attack is launched. A DDoS response plan is important; the first step of action in response to an attack can predict how well or how bad things will get. Right from deterring the attack to knowing how to manage more servers for uninterrupted service of the genuine visitor, every point should be covered, so there is no panic (okay, well ‘no panic’ is difficult when your business is under attack, but let's say, less panic) and the situation is handled more systematically.

How TIP Can Help In Preventing and Mitigating DDoS Attacks

Our Threat Intel solutions aggregate and analyze data from a wide range of sources to provide security professionals contextual awareness for identifying attack origins. Our APIs empower security teams with not only an understanding of their own environment but also that of the threat actors on a global scale.

Our RESTful APIs are robust, scalable and are capable of 100 queries per minute! Security teams can extend the capabilities of their security systems and applications by directly integrating and leveraging our Threat Intelligence data. Our platform also has a web-app that can be used for quick visual analysis of various threat vectors.

Automated threat intel from TIP saves analyst time by eliminating the time-consuming manual work of getting different types of data from multiple sources and also feeding the data into their systems for further analysis. By getting relevant and timely traffic intelligence, the analyst can focus more on preventing and mitigating attacks.

Our sophisticated systems are capable of collecting domain, IP and DNS data globally. No matter where your traffic is coming from, our APIs will be able to provide accurate data on it.

With the ever-increasing adoption of technologies and growth in the use of IoT devices, preventing DDoS attacks by security teams is only going to get tougher. Incorporating the right tools and approach, combined with real-time threat detection will allow proactive defence against DDoS attacks, no matter where they originate. This can help organizations protect the availability and integrity of their website and online services. Finally, there is no “too-big-to-hack” enterprise. In case of an attack, mitigating the risk as quickly as possible is absolutely crucial.